Updated 8/19/21: Disney’s Fastpass, FastPass+, and Disney MaxPass services have been retired indefinitely. The Disney Genie (app) however, is expected to be launched in the fall of 2021. The Disney Genie app is anticipated to offer individual services available to purchase that will give guests access to a ‘Lightning Lane’ at various rides and attractions. More info coming soon!

This article is meant to be a no-nonsense guide to help you determine the best rides to Fastpass at Magic Kingdom!

With over 50 rides and attractions at Magic Kingdom, Fastpasses help you maximize your time in the park by cutting down on the time spent standing in lines.

Since you are only allotted 3 Fastpasses per park ticket, this list will guide you to selecting the best Fast Passes for Magic Kingdom!

Start at the top of this list and simply read your way down as you go online to book your Magic Kingdom Fastpasses.

Your final selections will be based on availability, however, for along with being the best rides to Fastpass at Magic Kingdom, they are also the most popular.

With only a limited number of Fastpasses available per ride, consider yourself lucky to snag a Fastpass for any of our Top 5!

When it comes to reserving Magic Kingdom Fastpasses, you must first consult the best overall tips and strategies for booking Fastpasses.

This involves going online to create a My Disney Experience account on the Walt Disney World website.

Likewise, you must determine if your Fastpass booking window is open to you 60 vs. 30 days in advance based on if you are staying at a Walt Disney World Resort or not.

Once you feel comfortable with the Fastpass booking process, put together a Magic Kingdom itinerary that will map out your touring plan.

Afterward, await your Fastpass booking date while consulting this list of the best rides to Fastpass at Magic Kingdom.

Additional planning tip: Keep reading until the end of this article to get our take on the best rides to Fastpass at Magic Kingdom for toddlers.

Hands-down, the absolute best Fastpass for Magic Kingdom is Seven Dwarfs Mine Train!

Seven Dwarfs Mine Train is a Magic Kingdom headliner attraction and is one of the best Disney World rides overall.

The unique swinging ability and variable speeds of this family-friendly roller coaster have made it a crowd favorite since its opening in 2014.

Not only does Seven Dwarfs Mine Train appeal to guests of all ages, but its media enhanced animatronic technology and surprise ending add to its overwhelming popularity.

It is not uncommon for wait times of up to 3 hours long to accumulate on peak touring days.

Additional planning tips: The entrance to Seven Dwarfs Mine Train is located across from The Many Adventures of Winnie the Pooh. These attractions are both located in Fantasyland.

Long wait times develop for Seven Dwarfs Mine Train only 30-40 minutes upon park opening, so be prepared.

It is best to book your Fastpass for Severn Dwarfs Mine Train anywhere between 9:00 AM and 10:30 AM when able.

The next ride vying for the title of being the best Fastpass for Magic Kingdom is Peter Pan’s Flight.

This Magic Kingdom classic is hugely popular as it appeals to every age group and demographic and has no height requirement.

These characteristics also make Peter Pan’s flight one of the best rides for toddlers, which is definitely why you should use a FastPass on this ride if you are visiting Magic Kingdom with young children.

Though the ride’s technology is undemanding and primarily consists of static figures, the nostalgia behind boarding the replica pirate ships and riding above the story of Peter Pan has captivated guests for ages.

In fact, Peter Pan’s Flight is known to accumulate a 60-minute wait upon park opening even on the slowest of days.

On peak touring days, wait times can get as long as 180 minutes.

For these reasons and more, Peter Pan’s flight remains one of the best rides to Fastpass at Magic Kingdom.

Additional planning tips: Also located in Fantasyland, Peter Pan’s Flight is known to have one of the best themed queues (waiting areas) in all of Magic Kingdom.

Completely remodeled in 2014, the queue includes a model of the children’s bedroom, as well as interactive toys, and guests’ shadows who get sprinkled with pixie dust.

Not only that, but the queue is air-conditioned and provides a much-needed break from Florida heat.

When it comes to Magic Kingdom Fastpasses, our next recommendation applies to those of you who are 44″ or taller and who enjoy darkness, hairpin turns, and speed!

As the most thrilling themed-ride at Magic Kingdom, Space Mountain is hugely popular and worthy of a Fastpass!

It is perhaps the most sought-after ‘big kid ride’ at Magic Kingdom. For this reason, I absolutely recommend Space Mountain as being in the Top 3 best rides to Fastpass at Magic Kingdom for those tall enough to ride.

A park staple since 1975, Space Mountain has an extremely large fan base both for is nostalgia, epic theming, and its fun-factor.

The ride involves rocket-shaped vehicles consisting of 3 seats per vehicle that blast off at high-speed in pure darkness.

If you do not ride Space Mountain immediately upon park opening, use a FastPass if available. Long lines develop within 30-50 minutes of opening and waits can vary from 60-120 minutes long.

The best time to book Fastpasses for Space Mountain are in the morning to early afternoon from 9:00 AM – 1:00 PM.

*Be ultra-prepared for your Disney World vacation!

Splash Mountain vies with Space Mountain in Tomorrowland and Seven Dwarfs Mine Train in Fantasyland as one of the park’s most popular attractions.

Likewise, waits of more than 2 hours can be expected once the park fills on busy days.

The ride spans over a half-mile climaxes with a five-story plunge into the bayou where riders get playfully splashed.

A not-to-be-missed attraction, you will fall in love with Splash Mountain.

Additional planning tips: Though extremely popular all year round, the subtle splashes from the ride make it every more appealing during warmer months.

Get in line no later than 10:30 AM, as long lines will persist all day.

The third of Magic Kingdom’s 3 ‘mountain rides’, Big Thunder Mountain ranks right at the top as another fan favorite!

My top suggestion is to rope drop Adventureland and Big Thunder Mountain and bypass needing to use a Fastpass for it.

If you are unable to get to the park early, I then recommend Big Thunder Mountain as one of the best Fastpasses for Magic Kingdom.

Big Thunder Mountain is a fun, easygoing coaster ride that is meant to mimic being on a runaway mine train during the Gold Rush.

The coaster has several tight turns rather than big hills or drops. It does not have any loops or upside-down parts.

Because of its close proximity to Splash Mountain, these two rides are usually done one right after the other.

This means large crowds in Frontierland all day and similarily long waits for both Big Thunder and Splash Mountain.

Additional planning tip: Suggested Fastpass times For Big Thunder Mountain are between 10:00 AM – 11:00 AM.

One of the best strategies when booking Magic Kingdom Fastpasses is to have a back-up plan in place for when your top ride choices are not available.

Your Magic Kingdom Fastpass strategy should assume that Fastpasses for the Top 5 Magic Kingdom rides listed above will not be available if booking 30-days (vs. 60-days) in advance on high crowd days.

Likewise, there is a high possibility that preferred and/or convenient times will also not be available if you were unable to book 60 days in advance.

The following 5 rides should be considered as backups or supplements to secure Fastpasses for when the Top 5 best rides to Fastpass at Magic Kingdom are unavailable:

Though well-liked, these Magic Kingdom rides aren’t in the top tier of popular attractions in the park.

Further, they’ve got enough capacity to move a lot of people per hour.

These two things help moderate waits, so other attractions are generally more important for your first set of FastPass+ reservations.

Best Rides to Fastpass at Magic Kingdom with Toddlers

Consequently, your Magic Kingdom Fastpasses and ride choices will be different due to age height restrictions.

Here is a list of the best rides to Fastpass at Magic Kingdom with toddlers:

On the other hand, these child and toddler attractions never seem to require FastPasses because they rarely see long waits:

Once your initial 3 FastPasses are used in the park, all guests may make an additional FastPass reservation via an inter-park kiosk or the MyDisneyExperience App.

This can be done over and over again until all reservation slots have been allocated for the day.

If you don’t want to make additional Fastpass reservations from your phone once inside the park, then use one of the in-park Fastpass kiosks.

Magic Kingdom’s Fastpass kiosks are found in the following locations:

What do you think is the best FastPass at Magic Kingdom? Which rides do you hope to FastPass during your upcoming visit? Comment below!

As a member of our Travel With A Plan family, click through the following articles for exclusive tips, checklists, and touring plans for your Disney World vacation!

*Before leaving, be sure to check our Travel Resources Page to find exclusive travel discounts and to book hotels, rental cars, and guided tours.*

Best Warm Winter Vacations in the USA That You’ll Love

33 Best Things to Do in Whitefish, Montana

What to Pack for Mexico {Our Epic Mexico Packing List for 2023!}

Best Beach Bags for Moms (Our Reviews + Links to Shop!)

33 Best Things to Do on Anna Maria Island

What to Wear in Nashville: Outfit Ideas & More! 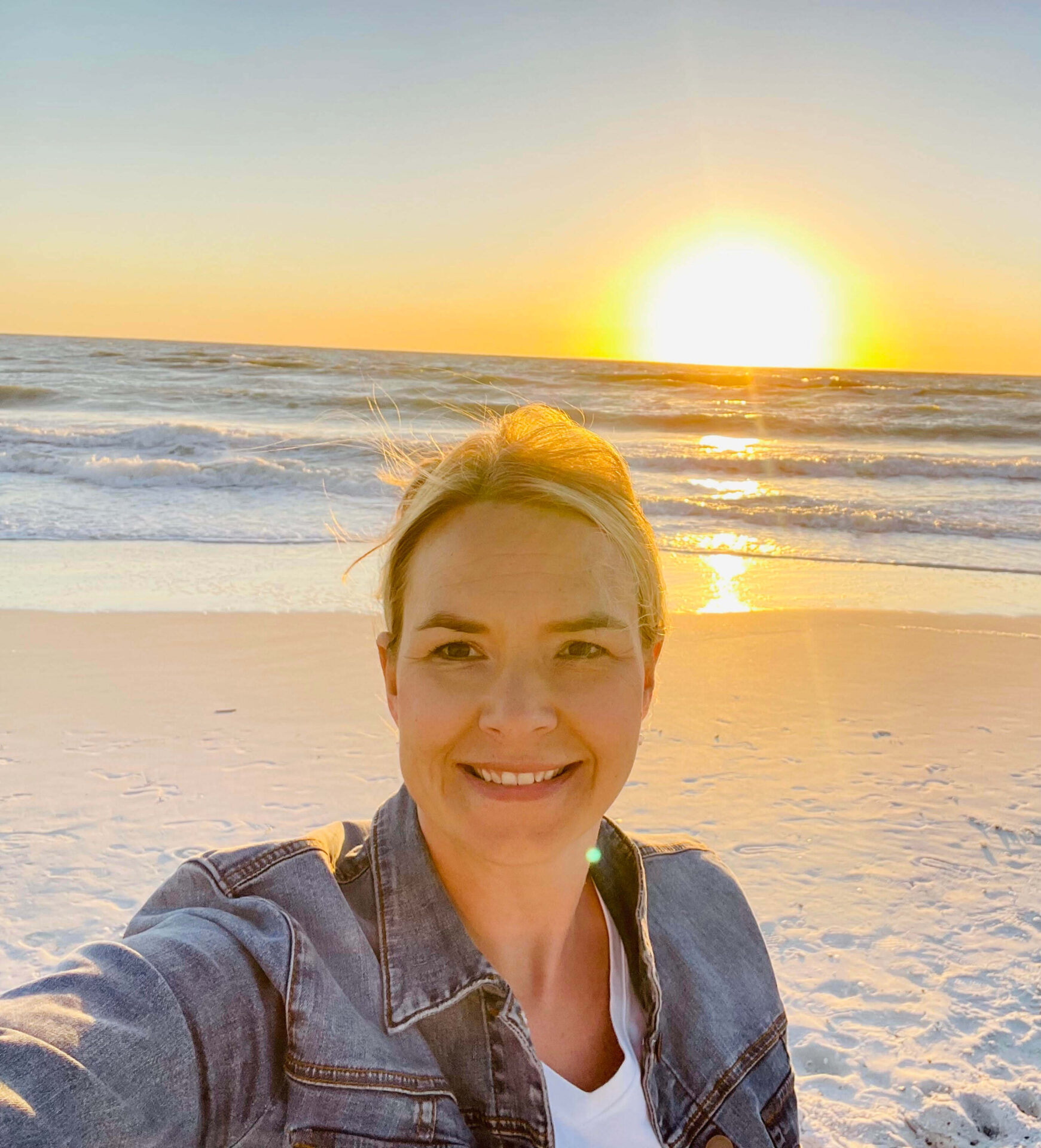 Hi, I'm Jen - founder of the award-winning travel blog, Travel With A Plan! I help families plan fun & fulfilling family vacations by sharing our exact itineraries and "best things to do" lists to popular US vacation spots. Take the stress out of planning a family vacation by using our detailed destination guides and ultra-convenient packing lists to help you travel better. We'll show you how hassle-free family travel is possible - when you travel with a plan! 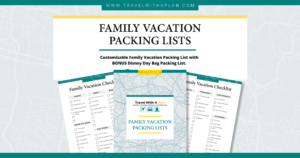 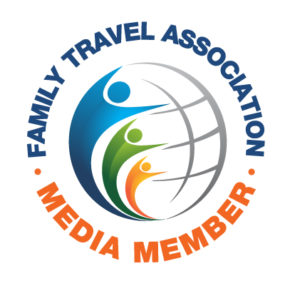